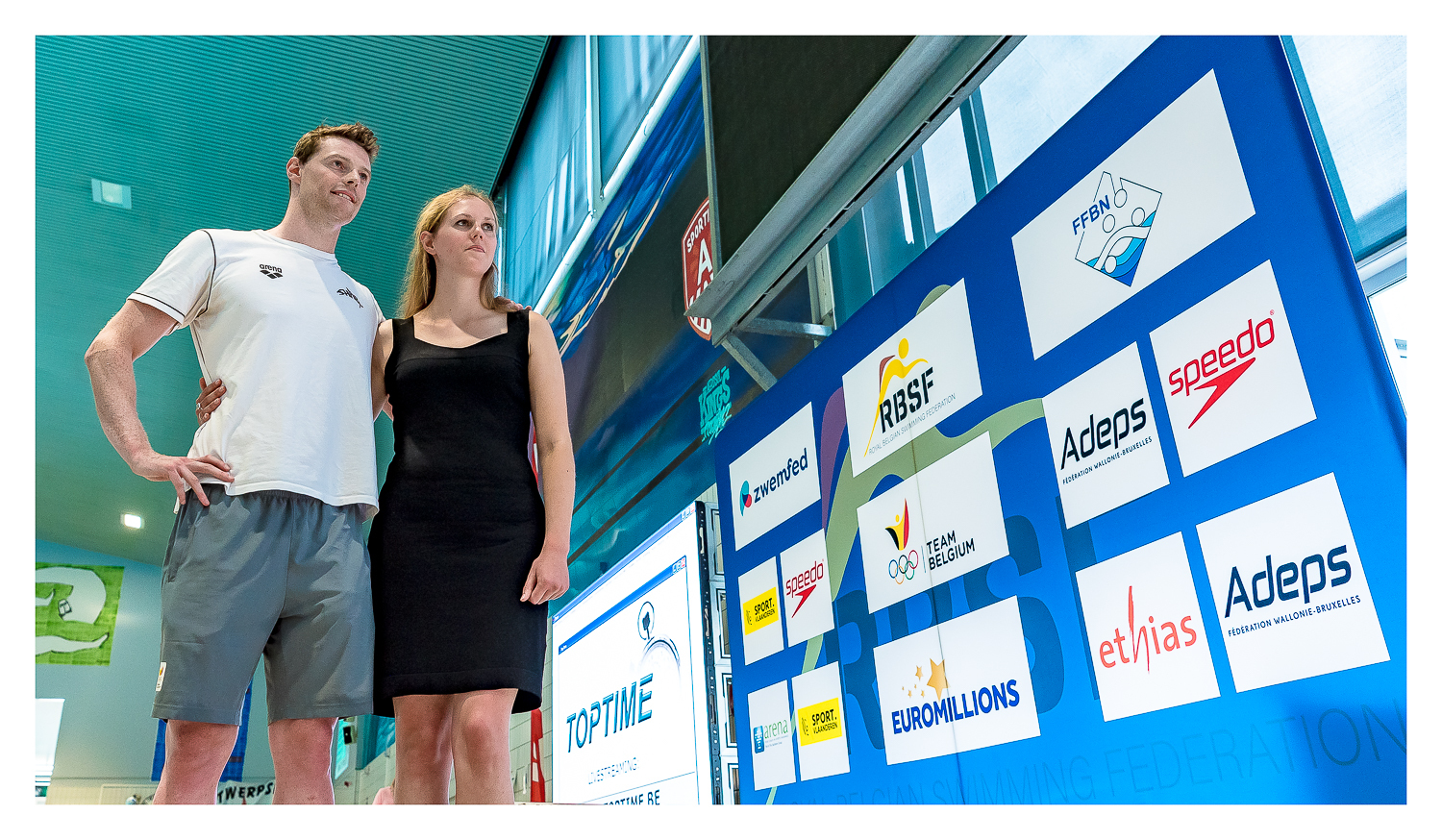 On Sunday July 31 2022, Louis Croenen dived into the water of Olympic Swimming Center Wezenberg for the last time, to swim 'his' 200m butterfly. This brought an end to a long, wonderful career.

Many family, friends, acquaintances, sympathizers and supporters came to thank him for the many beautiful moments he gave Belgian swimming.

On behalf of his club Shark, the top sports school in Antwerp where he spent his entire secondary school years, the KBZB, swimming fed and by extension the Belgian swimming world, Kim Van Malderen, secretary general and team manager of the KBZB, expressed a word of thanks.

There are a lot of people here today to say 'no goodbye but goodbye' today. But above all to thank you, one of the greatest swimmers in the history of our small (swimming) country…

Here we can still see that young, talented swimmer in his Shark swimming cap. Although having fun in swimming came first, it was already clear that you had the necessary portion of talent and willingness to train.

That training effort grew throughout your career at the top sports school, where you spent a significant part of your youth. A lot of youth records were smashed by you. A few dozen of them are still on the tables today.

You qualified for dozens of championships and tournaments. For example, you were allowed to represent our country during the EYOF, the EJK and suddenly before we knew it, you were at the Olympic Games in London… And then it all had to start 'real'.

At the age of 20 you broke your first Belgian senior record in 'your' 200m butterfly. You broke that record, along with the 100m butterfly, many more times. I'm afraid we have to assume that – especially that record in the 200m – will remain for a while. Because let's be honest, who wants to swim that song anyway?

You built up a handsome, long, but above all very stable career, supported by your family, friends, girlfriend, coaches, fellow swimmers, etc. You were one of the certainties within the Belgian national selections. Not only because of your presence, but also because of your performance. You were always there when needed. You even became the only Belgian swimmer ever to swim 2 finals in 1 day at the Olympic Games.

A career full of titles, records, finals and medals. You came to places all over the world. But above all, you remained "just Louis". A kind word for an official, a photo with young fans, … You did it all in your own calm, but friendly way.

We wish you all the best for the future and hope to see you often in our swimming world... in whatever capacity.

Thank you, Louis and see you soon!

The swim fed community sincerely thanks Louis for all those great sporting years and wishes him all the best for the future. Of course we hope to see Louis again in our little world... in whatever capacity!