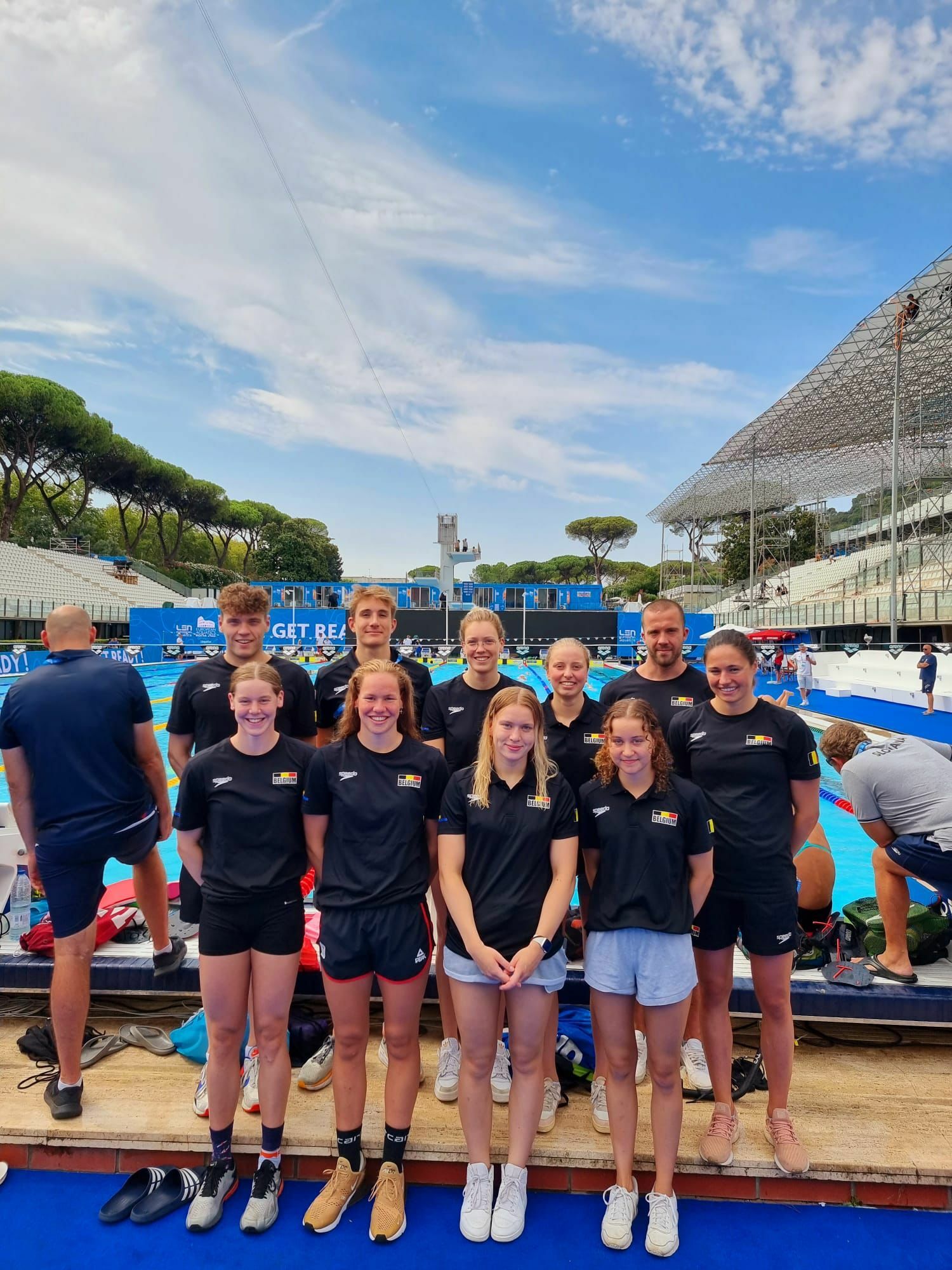 It is a predominantly young selection, supplemented by a few experienced swimmers, who are currently giving their best in the Stadio Olimpico del Nuoto in Rome. The past few days have already brought a few nice (semi) final places.

Valentine Dumont and Roos Vanotterdijk qualified for the semi-finals of the 100m freestyle. Valentine came very close to a place in the final. Also in the 50m butterfly, Roos Vanotterdijk managed to qualify for the semi-finals, which again became the 'final station'. For Valentine Dumont, the semi-finals also became the final stop in the 200m freestyle, in which she again missed the final places by fingernail. Day 4 was the most successful so far, with semi-final places for Roos Vanotterdijk (100m butterfly) and Lucas Henveaux (200m freestyle). This time it was not the end for Roos as she managed to qualify for the final after a good 6th place. Last but not least, Alisée Pisane broke the Belgian record in the 1500m freestyle. In addition, she was also rewarded with a place in the final. The story doesn't stop there because on day 5 Roos also managed to advance to the semi-finals, this time in the 100m backstroke. Zinke Delcommune also delivered a great performance by qualifying for the semi finals of the 200m medley.

The interim balance sheet is therefore predominantly positive. For most (young) participants this is the first major tournament. We've had a few highlights so far: the two finalists are barely 17 and 19 years old. Others often approach their personal best time... So we dare to look positively to the future of Belgian swimming, in the knowledge that there is still a lot of work to be done to effectively reconnect with the intended international level.