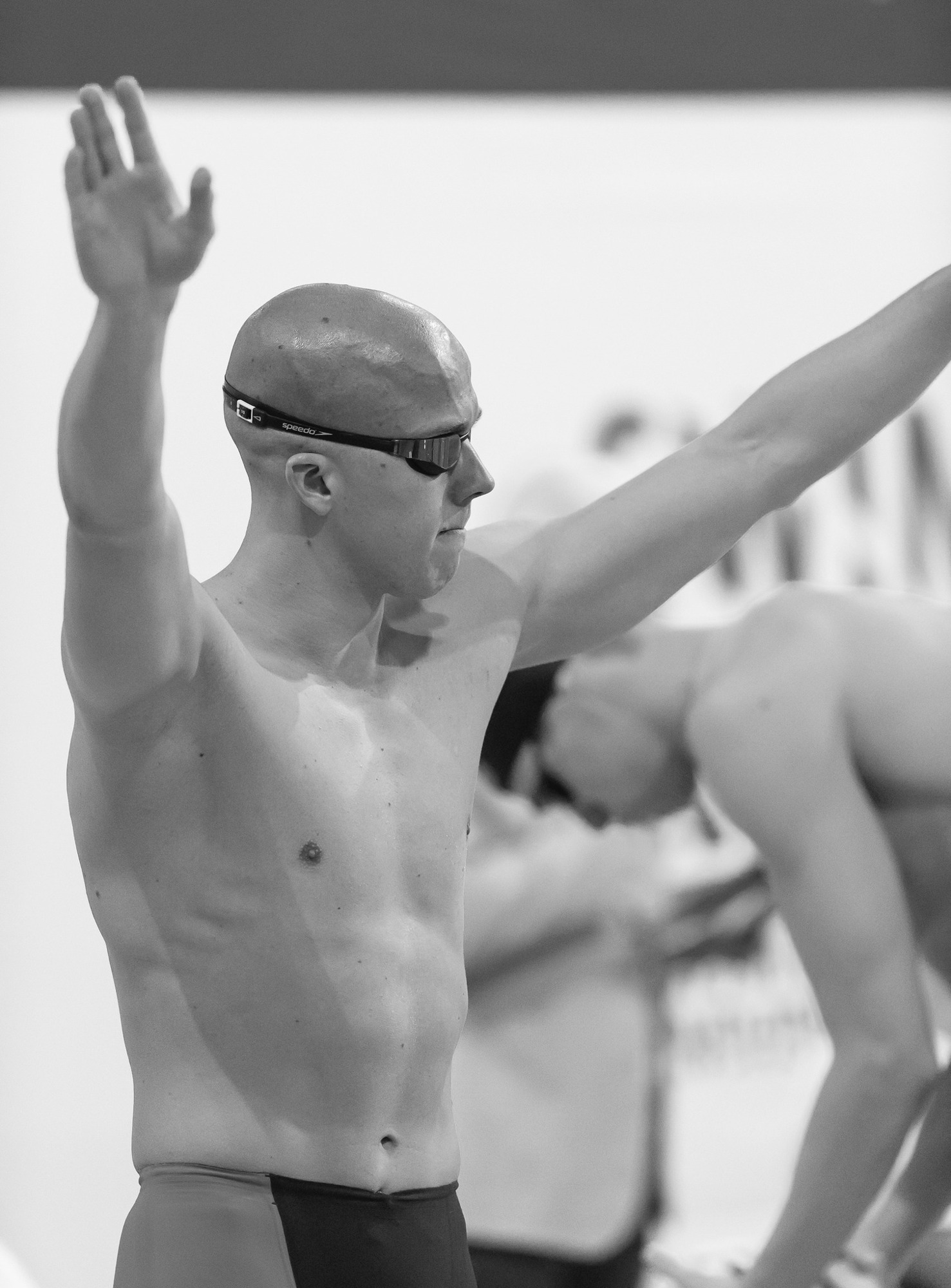 Jasper Aerents announced this week that he had swum his last metres at the very highest level. This marked the end of an admirable career spanning many years.

The man from Ghent started swimming at the age of three at SOS swimming club, where he quickly progressed through all the groups and eventually started competing. He soon turned out to be quite talented. In 2007, he took his first international steps and immediately won a prize. He helped the boys' 4x100m freestyle team to the bronze medal at the European Youth Olympic Festival.

In 2008, he made the move to swimming club BZK. The club where he is still a member to this day. When he started in the top sports school in September 2008, at the age of 15, a solid shoulder injury, seemed to get in the way. A surgeon even let slip the statement that Jasper's body would never be able to handle top-level sports (again).

But it soon became clear that Jasper was cut from a special cloth... Determined, he began an intensive & lonely rehabilitation. Indeed, a year later he proved otherwise. He was off to build another long and beautiful career. Under the guidance of Stefaan Obreno, he developed further in the Topsport School.

In 2011, he made the move to Wachtebeke and to coach Rik Valcke. Wachtebeke would eventually remain his 'home' until the end of his career. That year, he won his first medal of honour at senior level: bronze with the men's 4x50m freestyle team at the European Short Course Championships.

In 2012, he continued that solid streak. Because, at the age of 19, he managed to make it to the finals at the London Olympics with the other men's 4x100m freestyle team, in which they finished eighth. A year later, it was 'bingo' again, with the bronze medal on the 4x50m freestyle at the European Short Course Championships. Meanwhile, barely 20-year-old Jasper was known for his charisma at competition. This frightened a lot of concours. At the same time, it served/ serves as an example for many (future) (top) sprinters.

2016 provided Jasper with one of the highlights of his career. Indeed, at the Rio Olympics, he finished 6th in the 4x100m freestyle. With that team, he had already finished 3rd at the European Long Course Championships earlier that year. After those Olympics, he deliberately did not make the switch to Training Centre Antwerp. He went back to training under the wings of Stefaan Obreno. However, this implied that from now on he had to complete all training sessions on his own in 'home base' Puyenbroeck.

Jasper never let that dampen his motivation, however. He continued to qualify for the most important international meetings year after year. That earned him some nice places of honour with the relay teams of the 4x50 free.

For the last two years, since the lockdown, he coached himself. In doing so, he once again proved to be a paragon of discipline. In this way, he succeeded in shattering personal records in 2021, at the age of 29 and as the father of two children. He swam one of them barely a week after becoming father of his youngest child. He currently holds three Belgian records on the short course (4x50 freestyle, 4x100 freestyle and 4x50 medley) and one Belgian record on the long course (4x100 freestyle).

During his impressive swimming career, he also managed to complete his studies. He obtained a Professional Bachelor's degree in automotive technology. On a personal level too, Jasper has been doing well in recent years. He married Kim Van Malderen, his support, crutch and fiercest supporter (forever). Together, they now have two treasures of children. For in 2018, Leon was born. Little sister Oona followed in 2021. Now perhaps a little more time and energy will be left to spend with this beautiful little family

Thank you, Jasper, and good luck with whatever the future brings. Hopefully, we will still see you back in the swimming world. With your critical view on things and your straightforward way of communicating, interwoven with a hearty dose of humour, I am sure you will be able to share your experiences and opinions with us in the future.